But speaking，In Apple's official manual, "generic" chapter really have a stack of chestnuts，It is the structure implemented。This is actually in line with the Swift's style - after all,， Stack did not need to achieve with the class - in the structure of the Swift is。 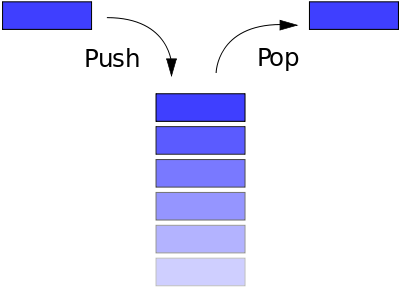 Here we briefly review what is the stack - in fact, it may have different definitions in different levels，We refer here to the definition of Wikipedia：

Since the stack data structure may only be performed at one end，Thus according to the LIFO (LIFO, Last In First Out) principle of operation。

Here we look at a use of chestnuts：

but，I still want to get it on like Java Stack class as，How to do it? I put the stack changed to change：

Because Swift in the basic types is through packaging structure，And they are not inherited from AnyObject ，If so write as OC，It can not be put into basic types! and，Swift does not have a default inherit the base class habits，So we use Any rather than AnyObject 。

Then，I turn pop the stack of data，But I have to convert them before using them in formats，Otherwise, you can not use - because they do not know the Swift already。

Tags: stack, swift, Generics
◀ Xcode one of those plug-ins
How OS X crash reports appear in the notification center ▶